A few weeks ago, I was able to watch Kingsman, a British spy/comedy movie.  In the movie, Colin Firth’s character “Galahad” (his Kingsman codename), repeatedly said “manners maketh man” before he kicked some bad guy butt.  Throughout the film, there were many references to gentlemanly fashion, such as “oxfords, not brogues” (oxfords are plain, while brogues have the wingtip design) and the importance of a well tailored suit.  In fact, the suits in the universe of the film were even bulletproof!  Here, I show off two outfits inspired by two characters from the film:  Galahad and Merlin.

All of the Kingsman in the film wore sharp suits; Michael Caine’s “Arthur” wore a windowpane double breasted suit and Colin Firth’s “Galahad” wore a pinstripe suit.  Unforuntaely, I don’t own a pinstripe suit, but I thought I’d break out my own English suit.  It’s hard on the eyes, but this suit has the Glenn Plaid pattern.  Most suits of this kind are in grey or brown.

I actually bought this suit on eBay, claimed as being from the 1960’s. The jacket was a perfect fit, but I had my tailor alter the pants (tapered and no break).  Worn with the suit is a contrast, club collar shirt (white collar and cuffs, while the shirt is blue) and a delightfully preppy repp tie.  This might be the only time you’ll see me in a French cuff shirt, as I always prefer to roll up my sleeves when I’m not wearing a jacket. 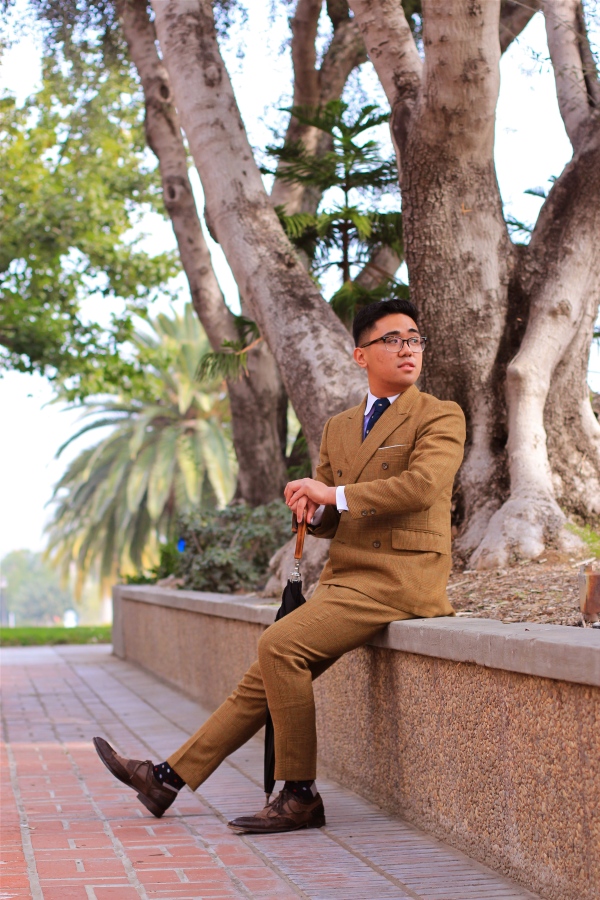 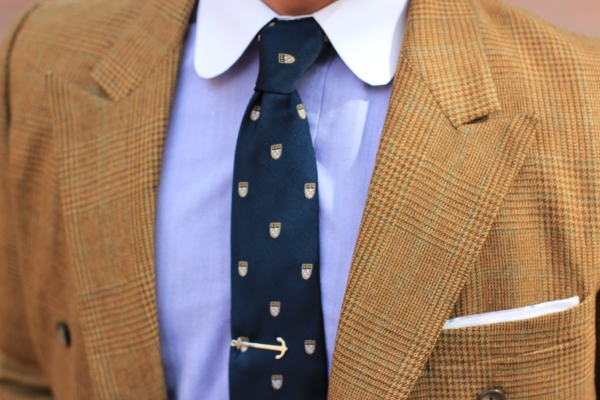 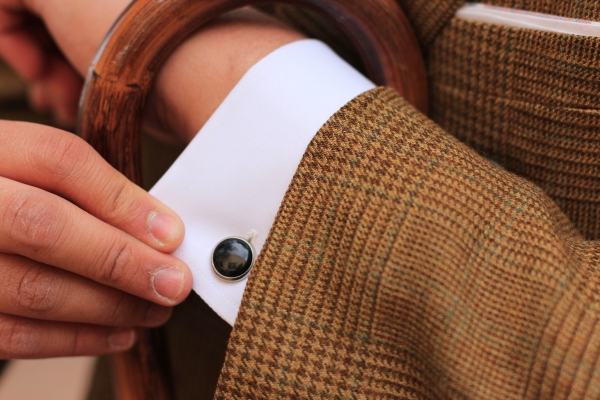 “Merlin” was Mark Strong’s  character, and just like Merlin  of legend helped King Arthur, his purpose was to assist and train the Kingsmen.  He was normally in a nice sweater and tie, but he did wear an absolutely kick-ass belted utility jacket in a few scenes.

Instead of the expensive waxed-cotton (shiny!) jacket that “Merlin” wore, I wear a nice Levi brand cordoroy,belted work jacket that I got on eBay for only $36 bucks!  Belted jackets are something that men don’t wear much of anymore, but they definitely have their roots in military uniforms, just like most menswear.  With the jacket, I wear a gingham shirt, preppy anchor tie, tapered-no-break wool pants, and boots. Not quite Secret Service, but a very great ensemble that works together.  Unlike “Galahad” there’s no big pattern (apart from the corduroy); it’s all about simple colors. 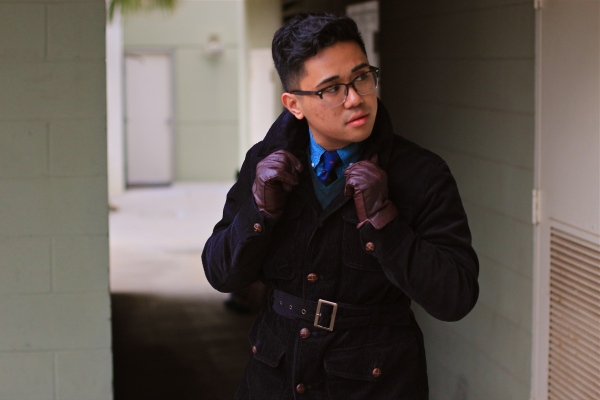 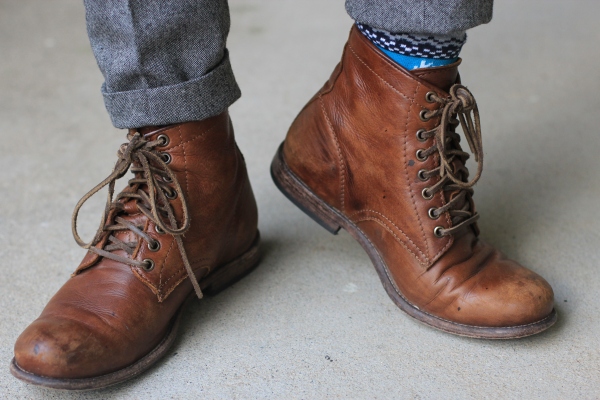 I always grew up basing my fashion on what I saw on movies and TV shows, and I always recommend that to people who looking for inspiration!  However, it’s always important to put your own spin on the outfit!

So what do you think?  Would you wear any of this? Which one was your favourite?  Tell us in the comments!

*Official Kingsman attire can be bought at Mr. Porter