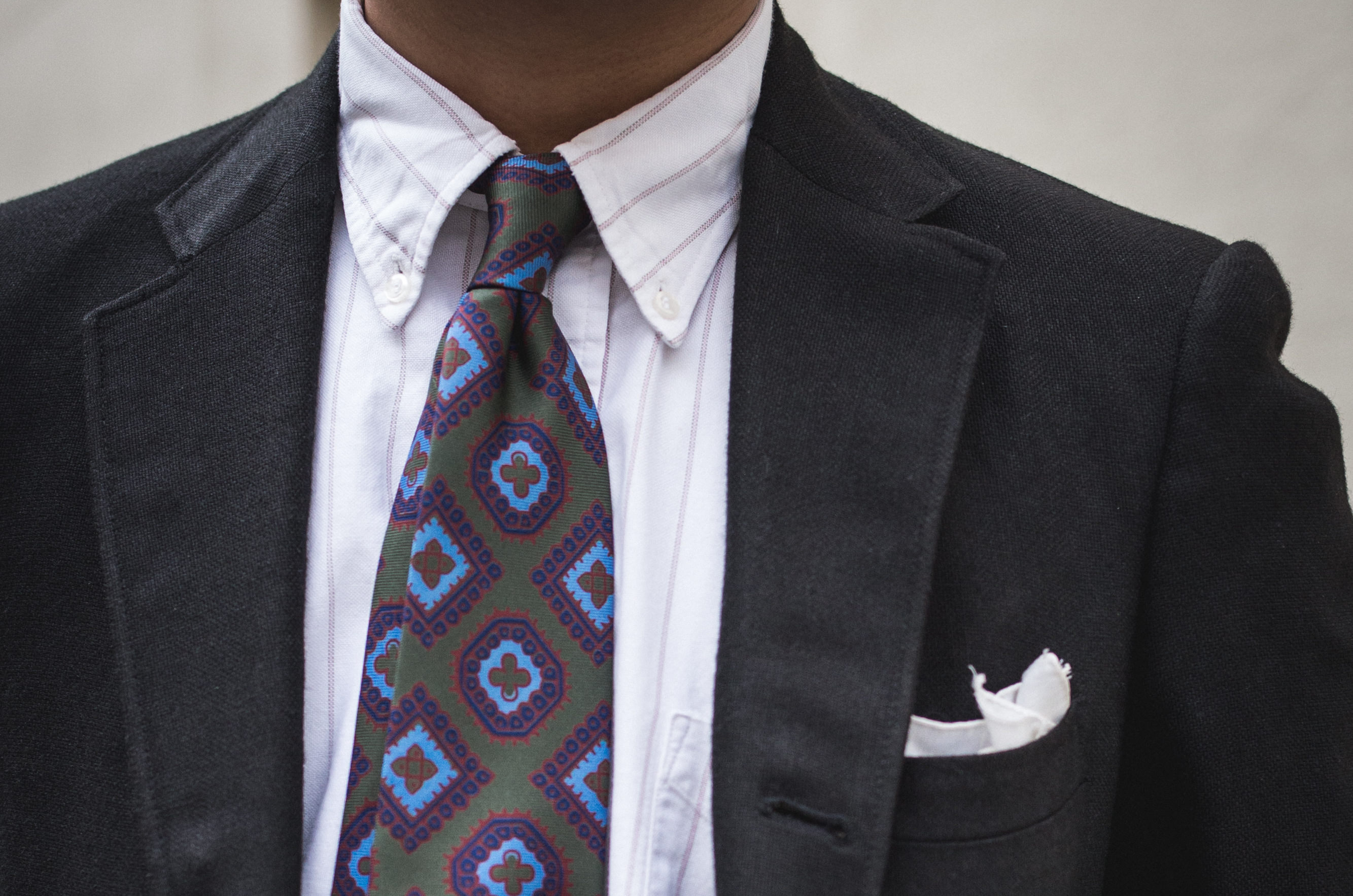 I hope this will be a short article because I tend to see guys tie their necktie wrong.

Even if you’ve got a great outfit, your tie knot can make or break it.

How Most Guys Are Doing It Wrong

Guys tend to tie their knot way too big, which is usually the result of using the full-windsor knot.  People see this as a “conservative” knot, but that’s completely false.  All this knot does is leave you with a huge, gigantic, triangular mass at your neck. 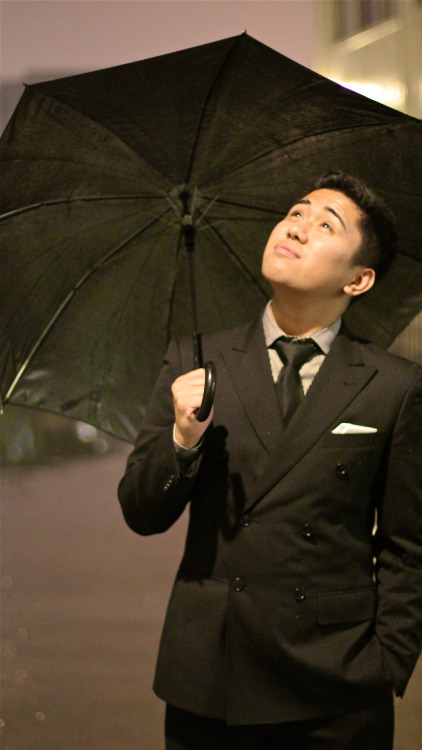 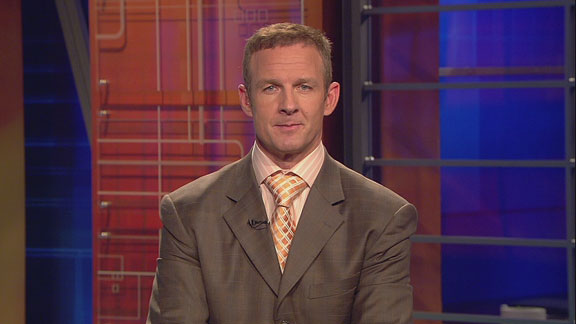 Want to know why it’s called conservative?  This type of knot reached its peak in the 70s and 80s, which is when your grandparents were in their late 20s and 30s and probably wearing suits.  I know because my grandpa, who moved here in the early 70s, uses the full-Windsor exclusively.

The other way guys make their knot too big is due to the new “creative ways” there are to tie the tie.  You’ve seen them:  the Eldrige knot, the trinity knot, and many others.  The intricate knots pull the fabric and again result in a huge wad of fabric at your neck.  The concept is cool in theory (if you can even call it that), but I prefer when ties have a narrow, slightly sloppy knot. It’s much less try hard than this: 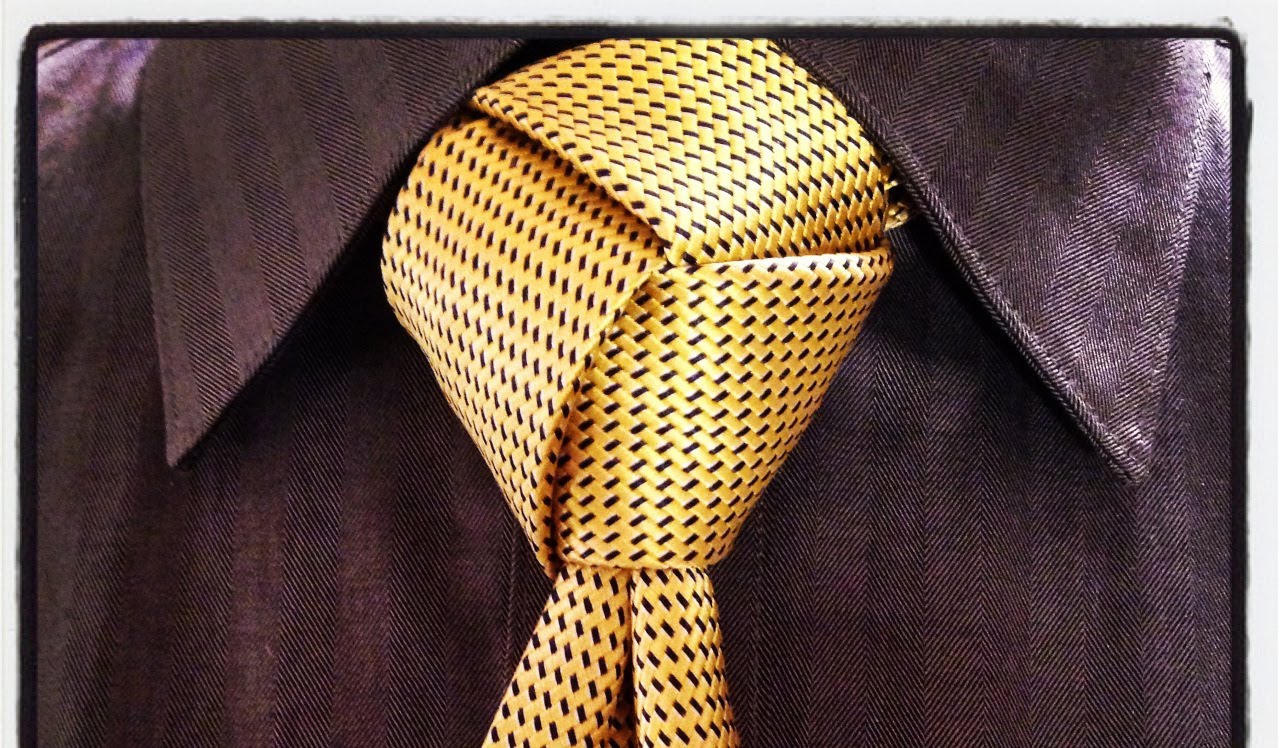 More often than not, wide/complex knots are done to signify dandyism and “classyness”.  I think it could be further from the truth, since it looks overly ostentatious akin to wearing a fedora with a feather in it.  Plus, there is the fact that it clearly shows that the wearer paid too much attention to the tie knot. While I’m definitely no stranger to being a try hard, I don’t think all too much about how I tie my tie.  A simple four-in-hand will do the trick and I never have to re-tie it unless the front blade is too short.

Currently, characters like Hannibal Lecter and Mordicai flaunt their huge knots.   An overly triangular shape makes just makes your neck look heavy and provides no real flourish to the tie.   Even though Hannibal wears great suits, his tie knot is just too distracting. 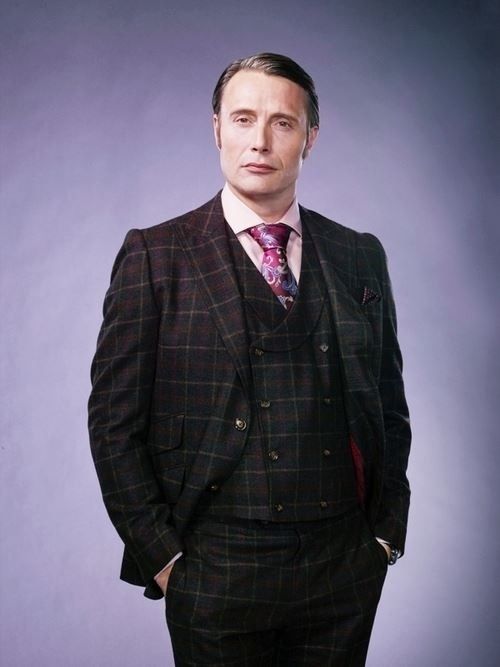 I have nothing against the Windsor knot per say (just kidding, I do), but simply against huge tie knots (which result from guys using the Windsor).  When you wear a huge knot with a small collar, the collar will “hover” off your shirt, since it can’t contain all that stuffed fabric.   Even when using skinny ties, guys still tend to wear their knot overly large and triangular, which to can seem off, since the knot will not be proportional to the rest of the tie.

And please don’t use it with spread collars.  I don’t really wear spread or cutaway collars, but even so, I’d still wear the four-in-hand.  The wide knot just doesn’t look good.

Just fuckin do the Four-in-Hand

If your knot is large no matter how many ways you try, you might be better off choosing ties made of a lightweight material.  Please avoid those heavily padded silk ties from the 70s-2000s.  This is one reason I prefer to wear vintage ties:  they are often unlined!   If you don’t want to selectively choose tie fabrics, you can also use the only knot that is appropriate for every situation:  the four-in-hand.  It’s casual and cool, unlike the chunky and clumsy full-Windsor.  Here’s a small graphic on how to do the four-in-hand: 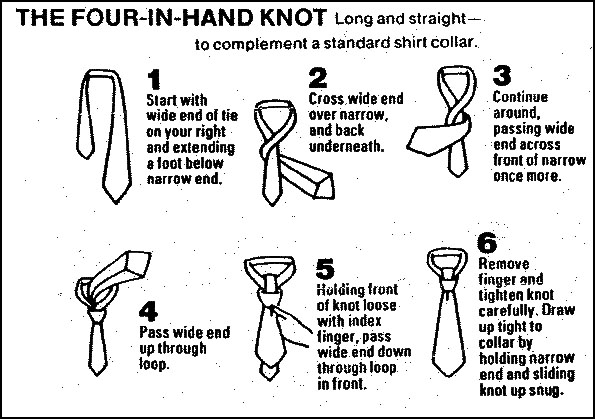 If you’re concerned with the knot being too loose (or too small), you can always wrap it around one more time (this is called the Pratt or Prince Albert knot?)  I often wrap my tie twice just to take up the long width on a more modern tie; vintage ties tend to be perfect for high rise trousers, so it’s not really an issue.

People assume that you need to “fill up the space” on a spread or cutaway collar by using the Windsor knot; this only makes the knot look that much larger and looks disproportional.   In any case, the four-in-hand is the only good way to tie your necktie.  The equilateral triangle resulting from the Windsor knot contrasts sharply (in a bad way) to the angles of any shirt collar. As the four-in-hand goes for a more rounded edge isosceles triangle, it goes much better with all collars.  People have been using the four-in-hand since the 1930s since this knot allowed them space to wear a collar bar.  You simply can’t use a collar bar with a thick knot! 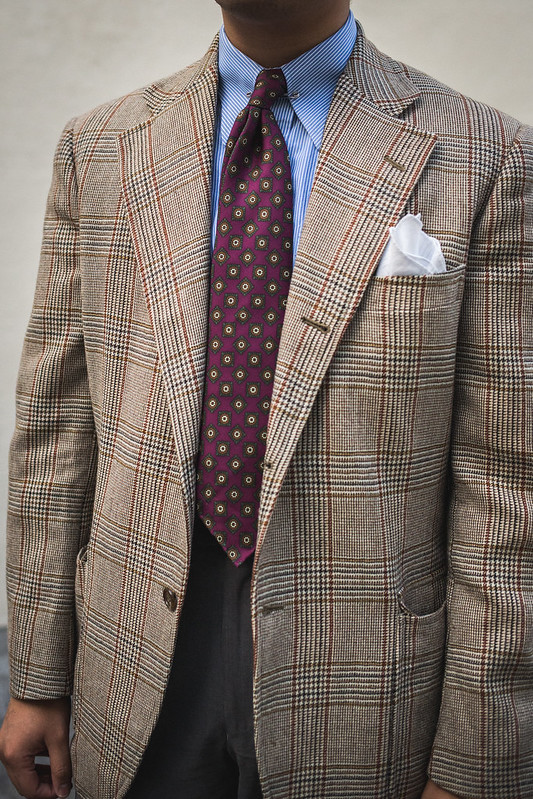 See, the key is in a smaller, more cylindrical knot!  The lopsidedness (if it ends up that way) is all apart of the charm. 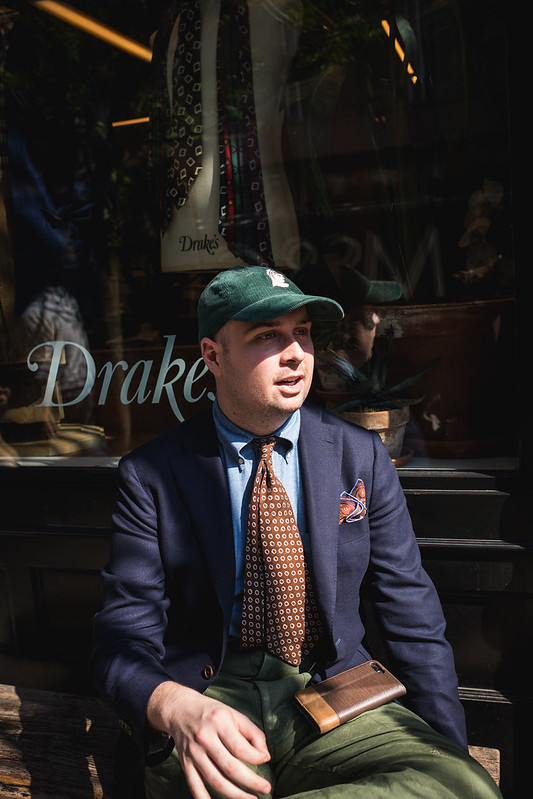 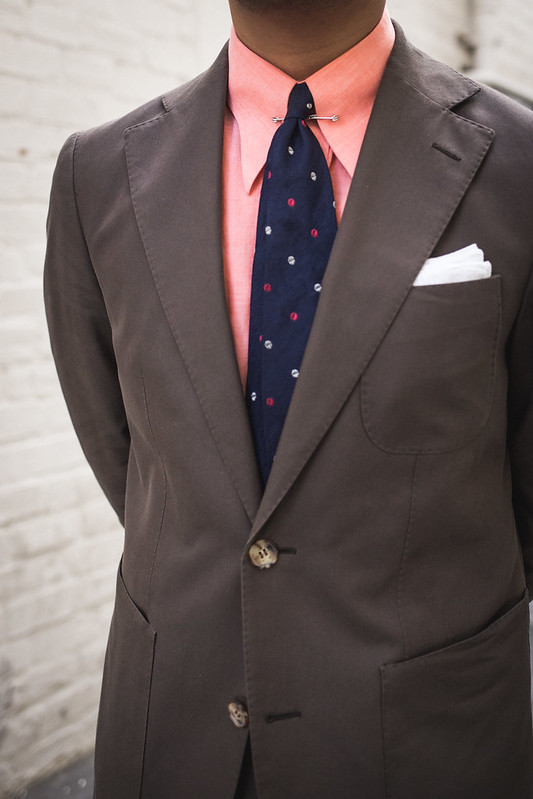 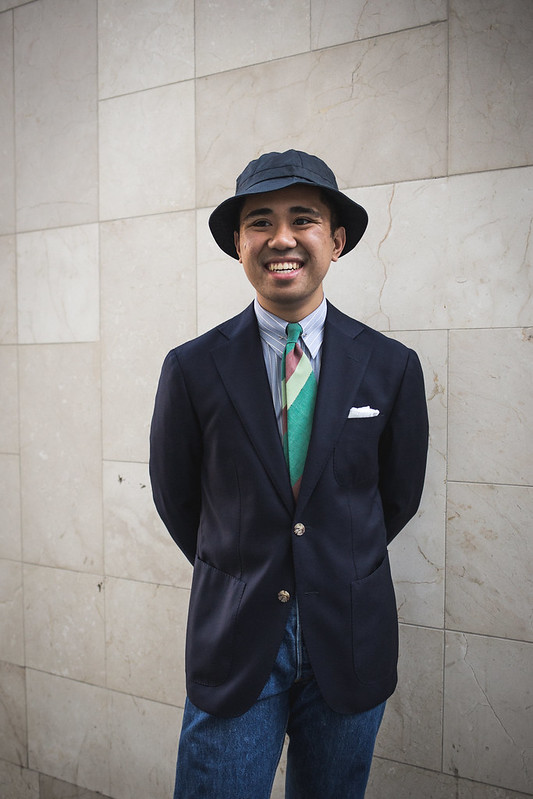 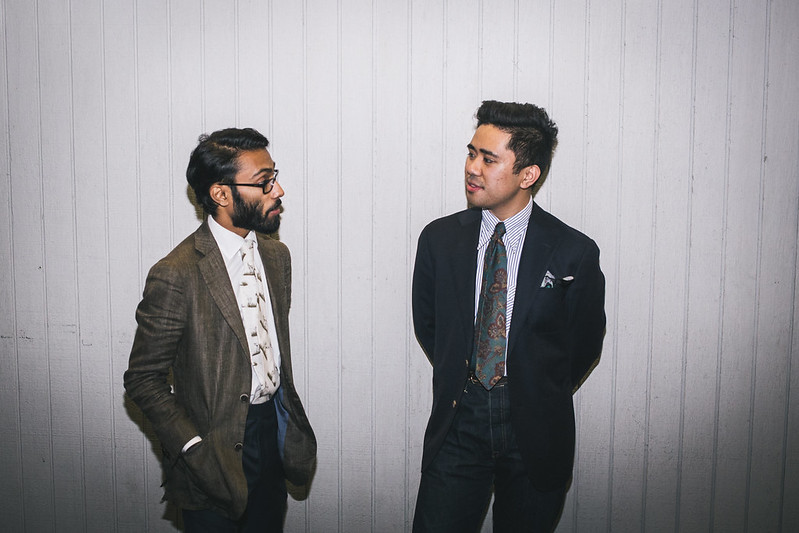 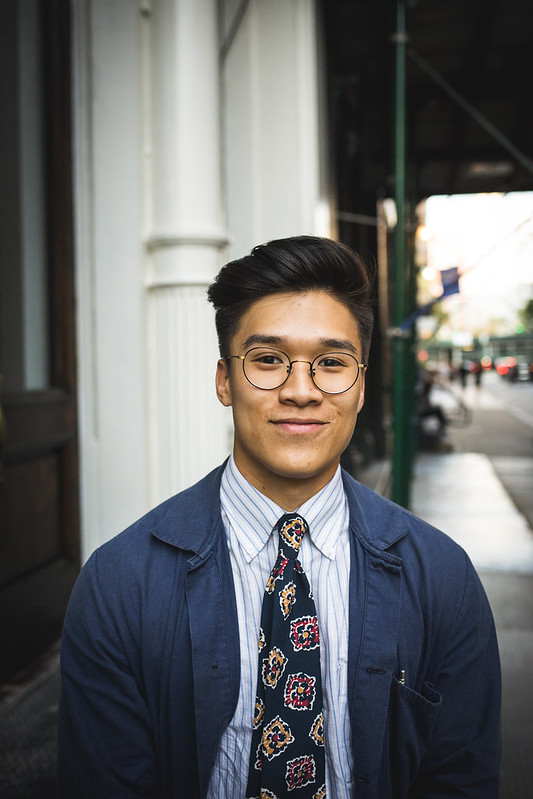 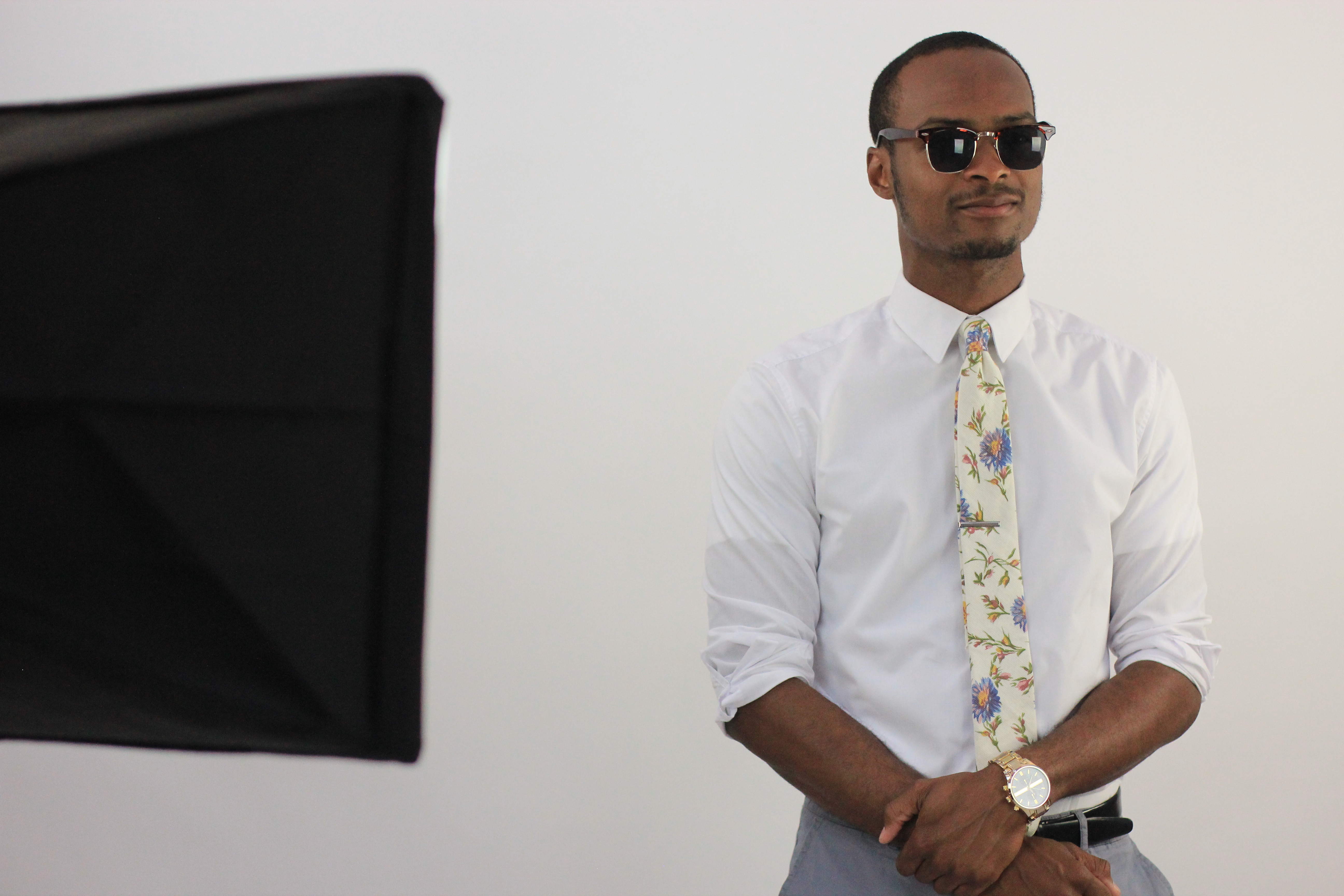 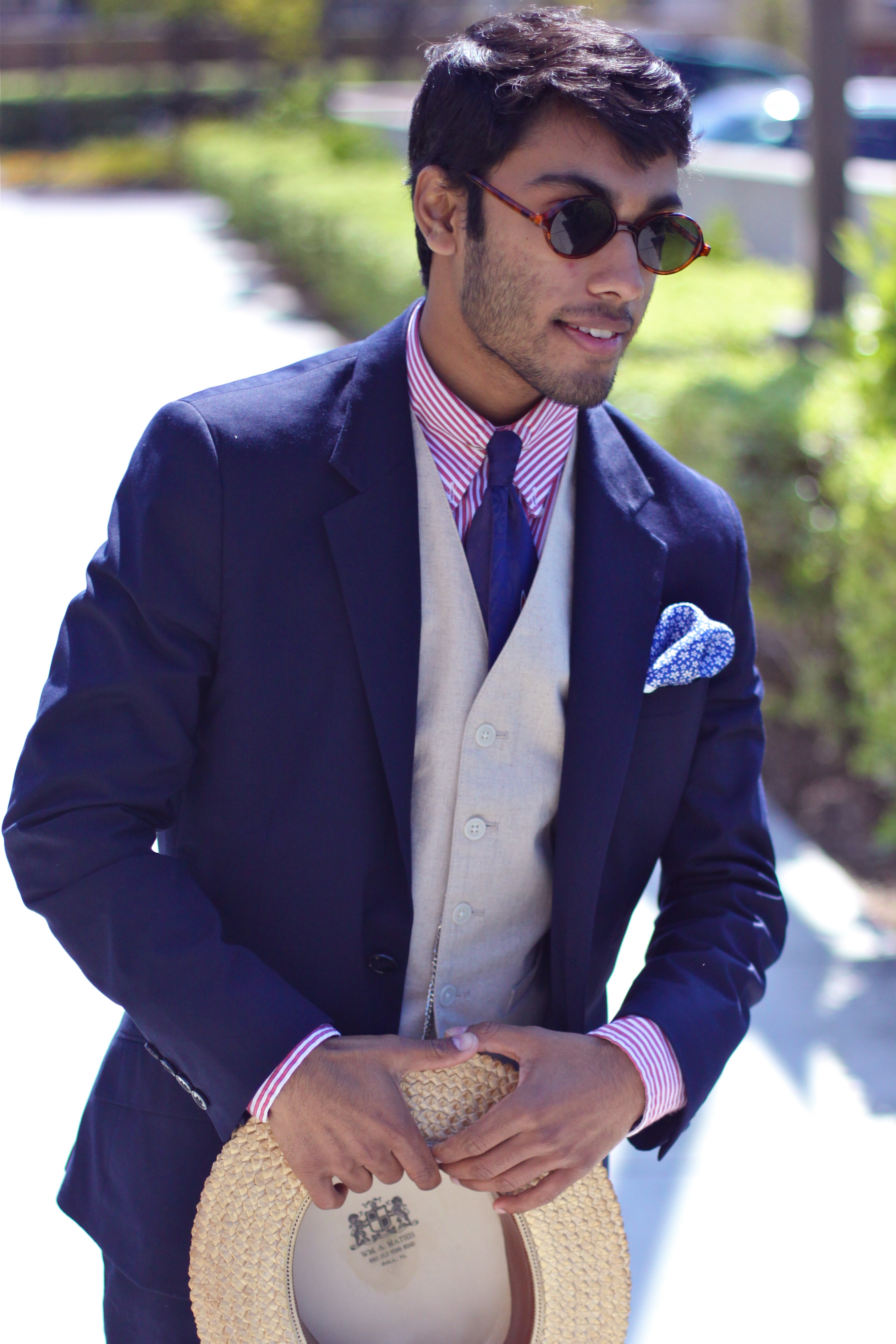 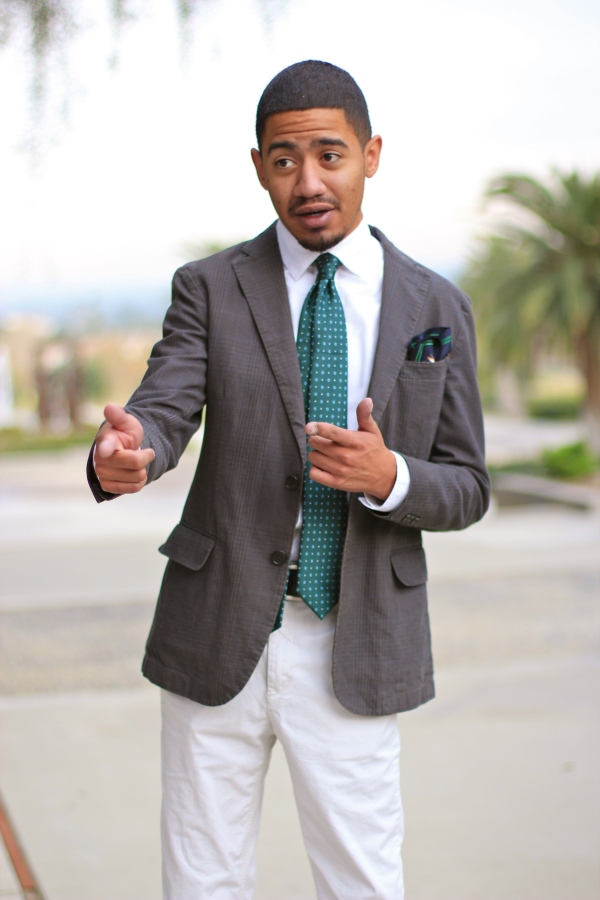 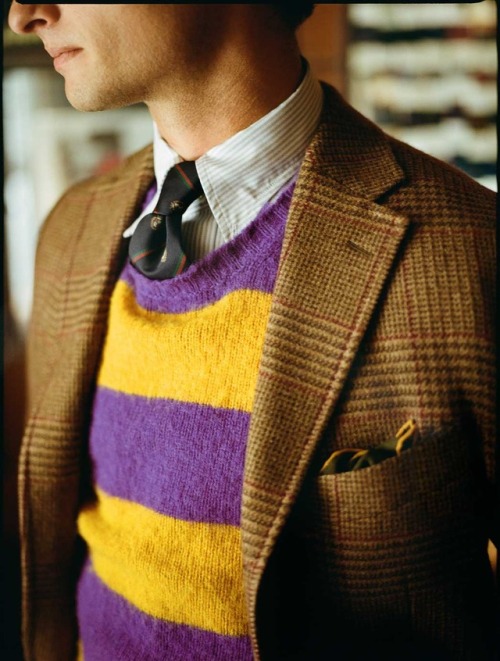 Not overly fat or triangular!  Even if you choose not to wear collar bars, to four-in-hand will serve you well.  People complain that it looks too “casual or informal”, but that’s the attitude you should have when dressing up!  The concept of sprezzatura is to make your style look effortless yet put together.  One step is to move away from the windsor knots and start trying the four-in-hand.

And please avoid the complex knots at all costs.